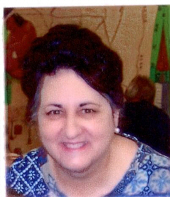 Rosann M. Botte, age 65, of Orange, passed away at CT Hospice in Branford on January 2, 2012. Rosann was the widow of Fred R. Botte; beloved mother of Kevin Botte of Orange & sister of Joseph Perrotti of Meriden. She is also survived by her very dear friend Mark Engelhart of Wallingford and her great friend Mary DiReinzo. Born in New Haven on June 20, 1946, she was the daughter of the late Salvatore & Rita Calandrella Perrotti. Rose graduated from Amity High School in 1964 and attended the New Haven & Hartford Business School. Her first job was on her family's farm, the Perrotti's, she then worked at the West Haven VAMC in the Medical Studies Dept, she also worked in the West Haven and Orange school systems teaching cooking with children that she loved so much. Her last place of employment was with the former Cassella Pharmacy in Orange. Funeral from the BEECHER & BENNETT-TAYLOR FUNERAL HOME, 410 Campbell Ave., West Haven on Saturday, Jan. 7th at 9:30 AM, followed by her Mass of Christian Burial in Holy Infant Church, Orange, at 10:00 AM. Friends may also visit with her family at the funeral home on Friday from 5:00 to 8:00 PM. Interment will take place in Mt. St. Peter Cemetery.