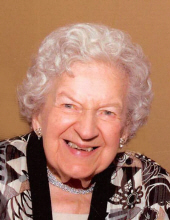 Rose Z. Pittala 92, of Hamden, passed away on September 2, 2015. She was born in Waterbury, CT on March 1, 1923, daughter of the late Frank and Christyna Zydiak. She was the beloved wife of 58 years to the late Richard P. Pittala. Rose was an active member of the Holy Transfiguration Orthodox Church. She is survived by her sons and their spouses, Richard and Margaret Pittala of North Haven, Michael and Nancy Pittala of Milford, daughter Julie and Richard Gagliardi of North Haven, and her cherished grandchildren, Danielle, Christian, Arianna, and Alexa Pittala and Elizabeth and Michael Gagliardi, all of North Haven. Also survived by her loving sister and best friend Anne Carmody, nieces Nancy (Tim) and Annmarie Henesy all of WA state and nieces Patricia Carmody and Antonia Piazzesi of Italy and several cousins and in-laws. She was predeceased by her brother Frank. Visitation Sat., Sept. 5 from 9 – 10 a.m. at the Holy Transfiguration Orthodox Church, 285 Alden Ave., New Haven followed by a Christian Burial Service at 10 a.m. Interment will be in Waterbury. Arrangements in care of BEECHER & BENNETT, 2300 Whitney Ave., Hamden. In lieu of flowers, contributions in Rose's memory may be made to the Holy Transfiguration Orthodox Church, 25 Kohary Drive, New Haven, CT 06515.