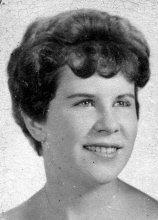 Hesse, Rosemarie 'Roro' Anderson Rosemarie 'Roro' Anderson Hesse, 66, of Valley Place South, New Haven, passed away Tues., Sept. 22, 2009 at the Hospital of St. Raphael. She is survived by her brother Francis Anderson and his wife, Margaret, a nephew Frank Anderson, a niece Deborah Anderson Richards all of North Haven, her long time companion John O'Connell, and a great-niece and two great nephews. She was predeceased by a daughter Catheleen 'Cathy' Hesse. Rosemarie was born in New Haven, May 18, 1943 a daughter of the late Frank and Katherine Gilroy Anderson and was a lifelong resident of New Haven. She had worked in the office for SNET Co. and was a lover of animals especially her cat. Friends may call at BEECHER & BENNETT, 2300 Whitney Ave., Hamden on Tuesday, Sept. 29 from 5 - 8 p.m. Service of interment on Thursday at 10 a.m. in St. Lawrence Cemetery, West Haven.