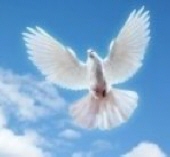 Meriden- Rosemary Elizabeth Psoter, 95, wife of the late Walter Psoter, passed away on Thursday, April 9, 2015. She was born on October 30, 1919 in Meriden a daughter of the late Henry E. and Stella V. Salka. Rosemary lived her whole life in Meriden. Growing up the family lived near a farm where she learned to love horses. She worked in a factory during and after World War II. In 1950 she met and married Walter Joseph Psoter and became a stay at home mom until 1965. She then became an aide in the Homemakers Service, providing assitance to families in need of home services. She loved the work and became close to many of those families. After Walter died in 1973, Rosemary joined the Curtis Home as an aide and was able to continue to provide care to those in need. She enjoyed helping the residents and formed close bonds with some. Many times she received notes of thanks from the families of the residents expressing their appreciation for her care of their parents and friends. In 1997 at the age of 77, Rosemary retired officially but for a few more years volunteered her time at the Curtis Home. While working and after she retired Gram spent time looking after her grandchildren, afterschool and going on vacations with them, at the beach and campgrounds. She spent the last few years of her life as a resident of the Curtis Home and Westfield Care and Rehab Center. Rosemary is survived by her three sons, Dr. Walter Psoter of Massachusetts, Carl Psoter of Meriden and Eugene Psoter of California, a sister, Lorna, eight grandchildren and six great-grandchildren. 'Aunt Mimi' is also survived by many nieces and nephews. She was predeceased by her siblings, Raymond, Margaret, Dorothy, Valentine, Francis and Edward. A funeral will be held on Thursday, April 16, 2015 at 10 a.m. at the Beecher and Bennnett-Flatow Funeral Home, 48 Cook Ave., Meriden. Burial will follow at Sacred Heart Cemetery. Relatives and friends may call at the funeral home on Wednesday, April 15 from 4-8 p.m.