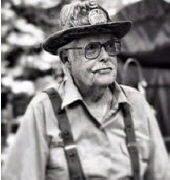 Russell K. Anderson, 91, formerly of North Branford, passed away on Tuesday, October 8, 2013 at Masonicare in Wallingford. Husband of the late Helen May Booth, he is survived by one sister, Lanier Varne and her husband Charles, of Maple Grove, Minn.: Five children, two sons, Russell Anderson Jr. of West Point, NY, Robert Anderson and his wife Carole of Niantic, CT, and his triplets, Nancy Ellen Cumming of New London, CT., John L. Anderson and his wife Leanne of Moodus, CT., Lawrence Anderson and his wife Marisa of The Woodlands, TX, family friend Simone Creasy, and many grandchildren and great grandchildren. Son of the late Thurston and Grace Bernard Anderson, Mr. Anderson was born in Tuxedo, NY on June 17, 1922. He served in the US Army during WWII in Ardennes- Central Europe-Normandy-Northern France-Rhineland and received the European-African-Middle Eastern Theater Campaign Medal, WD GO 33 45. He was employed by the American Meter Company and the Southern Connecticut Gas Company as a Meter Repair Technician. Russell, also known as 'Duke' and 'The Silver Fox' was an avid fisherman, hunter, dog breeder, and exhibitor. His passion for breeding and showing AKC Boxer dogs will be missed ringside. There will be a private graveside ceremony at the State of Connecticut Veterans Cemetery located in Middletown, Connecticut. Arrangements under the direction of BEECHER & BENNETT, 2300 WHITNEY AVE., HAMDEN.