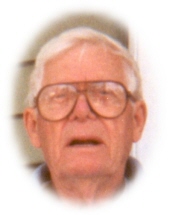 In New Haven, October 6, 2008, Russell M. Smith, age 90, of New Haven. Pre-deceased by his first wife Edith Saunders Smith and his second wife, Marian Smith. Also pre-deceased by a brother Mortimer Smith and sister Lona Taylor. Survived by his brother Robert Smith. Father of Russell (Rusty) S. Smith of Westerly, RI, Linn Bodle of Branford, Randall (Randy) Smith of New Haven and Suzanne Smith of New Haven. Also survived by 9 grandchildren, David, Timothy, Virginia, Randy, Sarah, and Kelsey Smith, Joshua and Donald Butts and Jodie Swiderski and several great-grandchildren. He also leaves behind his second family, the staff of the Mary Wade Home who cared for him so well. Son of the late Mortimer and Lona Morgan Smith, he was born in West Haven, CT on June 5, 1918. He proudly served in the Army Air Force in the Second World War. He worked at Western Electric for 30 years and was a member of the Telecom Pioneers. In his younger years, he was a Boy Scout leader and a member of the New Haven Hiking Club. He was also a lifetime member of the American Philatelic Society. Friends may visit with the family Tuesday, October 7 from 4 -7 p.m. at BEECHER & BENNETT-TAYLOR, 410 CAMPBELL AVE., WEST HAVEN. Services are private. Memorial Contributions can be made to the Alzheimer's Association, 279 New Britain Rd., Suite 5, Kensington, CT 06037.