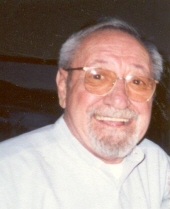 Russell Nicholas Corso, 78, of Hamden, passed away on November 7, 2009 at the Hospital of St. Raphael. He was born in Bridgeport on September 25, 1931 to the late John Harold and Rachel Jenecaro Corso. Russell is survived by his loving wife Marilyn M. Corso, his children Barbara Corso Langnehs (Lou), Catherine Corso White (Harvey), Russell J. Corso, Patricia Corso Webster, James V. Corso (Lanell), step-children Laura Buffone (Lou), Steven Lupien (Lisa), Suzanne Zommer, Paul Jackson (Chris), 16 grandchildren, 4 great grandchildren, his sister Angela Corso Fedak, and many nieces and nephews. He was predeceased by his twin brother John Salvatore Corso. Russell was honorably discharged from the US Navy after actively serving in the Korean War from 1951 to 1955. Upon his return home, he began working for United Illuminating Co. until his retirement in 1996. A lifetime member of the VFW in Brattleboro, VT, Past Commander, member of the color guard, and a faithful member of American Legion Post #88, Hamden. He was a fife player for the 'Spirit of Black Rock' and the Governor's Foot Guard. Russell's passion was the love of music. His favorite past time was singing with his brother Jack and playing the saxophone. A Funeral Service will be held at BEECHER & BENNETT, 2300 Whitney Ave., Hamden on Friday, November 13th at 6 p.m. Friends may visit with the family earlier in the evening from 3 to 6 p.m. Burial will be private.