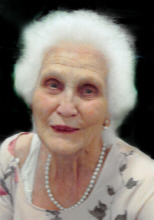 Ruth Estelle Franz Jones, age 91, formerly of Milford, CT, passed peacefully from this life on January 24, 2016, at home in Wallingford. Born in Woodhaven, Queens, NY, on October 25, 1924, she was the younger daughter of the late Frederick L. & Theresa E. Gunther Franz. Her family owned a home along the shore in West Haven for many years, a place she remembered fondly throughout her life. She attended Mount Holyoke College, graduating with a major in Chemistry in 1946, and had been looking forward to attending her 70th reunion this year. She graduated from Columbia University with a Master's Degree in Botany in 1948. She enjoyed working at the New Haven Water Company, before joining her father at Franz Manufacturing Company Inc. in New Haven, CT, maker of the world-famous electric metronome. After his death in 1971, she became company president. Little did she know at the time that the engineer she hired to help in the business would become her husband some 40 years later. She was a member and past-president of the Quota Club of New Haven (now Quota International). She mentored many people, young and old, during her years as choir director and youth group leader at her church. She was a skilled violinist, and played in the New Haven Business and Professional Men's Orchestra, now the Civic Orchestra of New Haven. She loved classical music, reading, plants, tropical vacations, and most of all, people. She could enter a room and quickly make friends with strangers. She will always be remembered for her gentle manner, her Christian faith, and her joy at becoming a bride for the first time at age 85. She is survived by her husband Henry Jones III of Wallingford, CT. Ruthie described her love for Henry in a New Haven Register newspaper article about their wedding as 'I love his compassionate heart, his generosity, his showing of himself as a person of dignity and grace.' Henry responded with 'I love her dearly because of the way she thinks and the way she loves the Lord. We are singing off the same sheet and that's all you want in life.' They lived together at Masonicare in Wallingford. Ruthie was predeceased by her parents, and sister Marie Franz Stone. Besides her husband, she is survived by her family who miss her greatly, including her niece Christine Stone Thomforde of Hamden, CT, and her children Rebecca, Sarah and Jon; and nephew Randy & wife Janice Stone of Shutesbury, MA, and their children Carrie and Tim. She is also survived by her seven great-grand nephews and nieces: Henry, Willi, Hannah, Fritz, Rex, Grace and Emma, as well as many dear friends. A private Graveside Service was held on Thursday, January 28, 2016, in Kensico Cemetery in Valhalla, NY. Friends are invited to attend her Memorial Service on April 2, 2016 at 1:30 PM in Auditorium A, Ashlar Village, Masonicare in Wallingford. Arrangements are in care of Beecher & Bennett Funeral Home, 2300 Whitney Ave, Hamden.