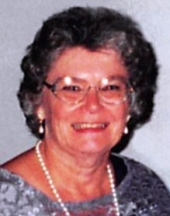 Ruth Hubbard Songhurst, born February 24, 1938 in Milford, CT, succumbed to a long battle with cancer. Daughter of the late George N. & Beatrice Smith Hubbard. A graduate of Milford High School Class of 1956, she also attended New State Teacher's and Quinnipiac Colleges. In the past, she had been active in many community activities, including being Past President of PTA Council, a Past Grand Matron of the Order of the Eastern Star of CT, a Past Matron of the Lucia and Golden Rod Chapters of OES, a Princess Recorder for Daughters of the Nile, and serving on many other activity boards. She played as Grand Organist, protem for Amaranth and played at many Masonic ceremonies and events. Ruth always shared her talents with local soup kitchens and nursing homes. For 26 years, until retirement, she served as the Secretary of the First Congregational Church in Milford. When not volunteering in the community, she was an avid bowler; serving as treasurer of her Seniors Bowling League and winning the State Women's Duckpin Bowling championship. She is survived by a son, Robert G. Songhurst and his wife Francesca of Shelton; a grandson, Robert T. Songhurst; 3 step-granddaughters, and her cousin, Lynn S. Wakefield of Hamden. Ruth was also predeceased by her husband Robert A. Songhurst and an infant son, George. Friends are invited to visit with Ruth's family at the PORTO FUNERAL HOME, 830 Jones Hill Rd., West Haven on Monday from 5:00 to 8:00 PM, at 7:00 PM a Prayer Service and Eastern Star Service will begin. Arrangements in care of Beecher & Bennett Funeral Home, 2300 Whitney Ave, Hamden. In lieu of flowers, donations in Ruth's memory may be made to Grand Chapter of CT, OES, P.O. Box 143, Plymouth, CT 06782 (please indicate in memo for Endowment Fund or Cancer Society in memory of Ruth Songhurst).