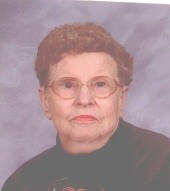 Ruth S. Memmott, age 91, of West Haven, CT, passed away on April 18, 2012 in the Masonic Health Care Center in Wallingford. Ruth was the widow of Charles J. Memmott, Jr. Born in New Haven, CT on April 7, 1921, she was a daughter of the late Harold & Margaret Baxter Smith. Ruth is survived by her daughter, Linda R. Memmott and her son Richard C. Memmott, Sr., both of West Haven; her sister Jean Kennedy of Wellesley, MA; grandchildren, Richard C. Memmott, Jr., Michael P. Memmott and Raymond C. Memmott and 6 great grandchildren. She was predeceased by her brother Harold Smith. Ruth was retired from Yale University, where she was employed as a clerical assistant for 20 years. She was a member of the First & Wesley United Methodist Church of West Haven for over 70 years and a longtime member of Golden Rod Chapter #34 Order of Eastern Star West Haven . Friends may visit with her family at the BEECHER & BENNETT – TAYLOR FUNERAL HOME, 410 Campbell Ave., West Haven on Sunday, April 22nd from 3:00 to 5:00 pm. An Eastern Star Service will be held at 4:45 pm on Sunday followed by her Funeral Service at 5:00 pm at the funeral home. Ruth's interment will take place on Monday at 11:00 am in Oak Grove Cemetery. Contributions in lieu of flowers may be made to The Memorial Book at First & Wesley United Methodist Church, 89 Center St., West Haven, CT 06516 or to the Masonic Charity Foundation, PO Box 70, Wallingford, CT 06492.