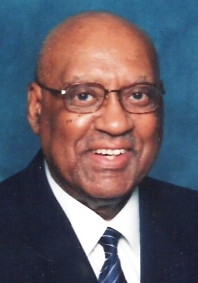 Samuel Abbott Burrell, Jr., 89, of Hamden, passed away with his family by his side on April 11, 2022 at MidState Medical Center. He was born to the late Samuel and Evelyn Taylor Burrell on December 1, 1932, in New Haven. Sam married the former Gertrude Williams on September 1, 1956. He never missed an opportunity to acknowledge his love and pride for his family: daughter, Evelyn Fay (Donald); sons, Samuel Abbott, III (Alexis) and Scott David (Jeane’); grandchildren, Aaron Taylor Washington, Coakley Scott Burrell, Alycia Taylor Washington (Cassie) and Cora Jean Burrell; sister, Charlotte Mikell; niece, Sharon O’Connor (Everett); step-grandchildren Kathleen Fay, Timothy Fay, Tyler Devine, and Miles Hightower. Predeceased by his sister, Muriel Estelle and niece, Elizabeth Estelle.
After graduating from St. Mary’s High School in New Haven, Sam served his country in the Korean War as a medic. He received the prestigious Bronze Star for his heroic contributions in the War. Upon his return from Korea, he became a proud graduate of Southern Connecticut State University.
In addition to loving his family endlessly, Sam was a lover of any and all sports, and baseball was just one sport at the top of his list. He coached American Legion Post 47 baseball from 1956 to 1967 and won several zone championships. To further highlight his love of the game of baseball, Sam helped establish The Greater New Haven Diamond Club in 1980. Re-established as the Southern Connecticut Diamond Club in 2005, The Burrell Coach of the Year award, “named in honor of legendary coach Samuel A. Burrell, Jr.” is awarded during the annual “There’s No I In Team” banquet each June. The award honors an area high school coach whose team shows sportsmanship and a positive attitude, two essential ingredients to and about Sam.
Sam’s association with Yale University began with Jonathan Edwards College in 1966, when he became Head Tackle Football Coach for Yale’s intercollegiate football league. In 1968, he was appointed as an Associate Fellow in Jonathan Edwards College, one of the Yale’s residential colleges. Also in 1968, Sam was appointed as Yale Head Freshman Baseball Coach, thus becoming the first recorded black coach in the Ivy League. From 1969 to 1992, he coached freshman baseball and freshman football at Yale. In 1993, he was appointed a Yale Varsity Assistant Coach by Head Coach Carmen Cozza. After impacting the lives of thousands of Yale students, Sam retired from coaching in 1997. In 1996, Director of Athletics Thomas Beckett appointed Sam to serve as Community Outreach Coordinator of the Thomas W. Ford ’42 Outreach Program for the Yale Athletics Department.
Along with his association at Yale, Sam was a community builder in New Haven, serving many roles from the Director of the New Haven Parks and Recreation Department to teacher and PTO Liaison for the New Haven Board of Education. During the school year, he took his athletic talents to the field again, serving as Assistant Baseball Coach at Wilbur Cross High School and Head Varsity Baseball Coach for Hillhouse High School. Summers were spent building New Haven’s involvement in the U.S. Youth Games, a national program devoted to instilling teamwork, leadership, and academic commitment.
He was a past president of the Walter Camp Football Foundation, an organization founded to perpetuate the name of Walter Camp, who is regarded as the father of American college football. As a lifelong champion for students everywhere and a former school educator in New Haven Public Schools, Sam was the mastermind behind the Walter Camp Stay in School Rally, which promotes strong school attendance and academic achievement to middle school students from around the state. At the 2020 rally, they referred to Sam as the longest living member of Walter Camp, and during the 2022 Walter Camp Football Dinner, in absentia, Sam was honored for his 50 years of dedication to the Foundation.
In addition to athletics, Sam was a major figure in local politics. He was honored to serve as a member of the Hamden Legislative Council for 12 years and was President Pro Tempore of the Council. Sam was also an active member of the Chi Omicron Chapter of the Omega Psi Phi Fraternity. He received their Man of the Year Award following his term as Chapter Basilius.
Sam was a lifelong member of the Dixwell Avenue Congregational Church in New Haven. As an active member of the church finance committee, Sam guided the church through both prosperity and some challenges caused by structural damage. Reverend Dr. Frederick Jerome Streets awarded Sam the Certificate of Dedication for God’s Work, and he will be officiating Sam’s funeral service. Son-in-law Allen Washington is serving as the family coordinator for the service.
Sam received many awards from all different organizations who acknowledged his endless and tireless contributions to thousands, if not millions of lives. Though it was an honor for him to receive these awards, his biggest honor was seeing his students and athletes become individuals who demonstrated a sense of integrity and pride, and to hear the voices of former students and athletes yell out to him, “Hey, Coach Burrell.”
A special thank you to his homecare team, Esther and Masiel, and his medical team at Midstate; Brianna, Sara, Orlando, Mike, and Steve, who went above and beyond to provide Sam with outstanding compassionate care. Son-in-law Don Fay also went above and beyond to assist with Sam’s daily care as his health declined.
The pride and love Sam showered on his family and the Yale-New Haven Community will forever serve as a beacon of love, guidance, and inspiration. Sam has been an inspiration and mentor to generations across the region.
Friends are invited to visit with Sam’s family on Friday, April 22nd from 4:00 to 8:00 p.m. at BEECHER & BENNETT FUNERAL HOME, 2300 Whitney Ave., Hamden. All are invited to Sam’s Funeral Service on Saturday morning at 11:00 a.m. in Battell Chapel, 400 College St., New Haven, followed by his interment with Military Honors in St. Mary Cemetery, Hamden. To honor Sam’s legacy, contributions may be made to your choice of an organization that promotes Sam’s ideals.