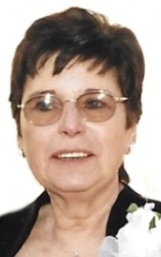 Sandra Joyce Ehle, 81, wife of the late Ernest E. Ehle, Jr., peacefully passed away on July 24, 2022 after a brief illness. Born in New Haven on March 16, 1941 as the only daughter of the late Ross and Nellie Doris McOmber and sister of the late Ross McOmber, Jr., Mrs. Ehle grew up in West Haven before moving to Hamden, where she and her husband raised their family. She enjoyed many family trips to Florida. Although quiet, she enjoyed answering the phone for the family business, where she was able to connect with the customers. In her golden years, Mrs. Ehle could be found volunteering at the local animal shelters; she was an avid animal lover and rescued her beloved dog Pongo from the shelter. Sandra was a wonderful mother and caring grandmother to her son Ernest E. Ehle, III, his wife Laura, their children Ernest E. Ehle, IV and Grace Ehle of Hamden. She will also be remembered by her first-born child, Cindy Ehle Gartland of Glastonbury and her daughter, Ashley Gartland.
Services through BEECHER & BENNETT FUNERAL HOME, 2300 Whitney Ave., Hamden will be private. Contributions in Sandra’s name can be sent to The American Society for the Prevention of Cruelty to Animals (ASPCA) at www.aspca.org.