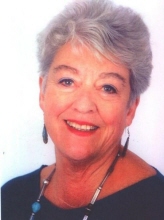 In Memoriam: Sara S. Sparrow, Ph.D. 1933-2010 Sara S. Sparrow, Ph.D., Professor Emerita of Psychology and Chief Psychologist at Yale University 's Child Study Center from 1977 to 2002, passed away on June 10, following a long illness. Dr. Sparrow was the author of more than 100 articles and chapters in the fields of psychological assessments and developmental disabilities, and is senior author of the Vineland Adaptive Behavior Scales, one of the most widely used psychological assessment instruments in the world. Her research focused on the assessment of adaptive behavior, child neuropsychology, and developmental disabilities across a wide range of diagnostic groups of children and also across cultures. Her work included studies of children with autism spectrum disorders and intellectual disabilities, as well as gifted children and those with learning disabilities or emotional disturbance. She was active for decades in the training of mental health professionals at the doctoral and postdoctoral levels. Dr. Sparrow was always available to her junior colleagues and children and families in need. Dr. Sparrow's journey took her from the Midwest to Europe and Japan , to Florida and finally to New Haven . Her family includes prominent figures in sports, music, arts, and sciences. Several generations of her students lead clinical science programs around the globe. Dr. Sparrow was born May 9, 1933, in Minneapolis , Minnesota . She graduated summa cum laude from Montclair State College in New Jersey in 1958, and received her M.A. in speech pathology in 1962 and her Ph.D. in clinical psychology/clinical neuropsychology in 1968, both from the University of Florida . After a brief career as a speech pathologist and completion of her doctoral studies, she came to Yale in 1968 as a postdoctoral fellow in the Department of Psychology. She joined the department's research staff the following year, then served as acting chief psychologist at the Child Study Center in 1972-73. She was appointed to the rank of assistant professor in 1974, associate professor in 1977, and full professor in 1986. She was a marvelous cook, gourmet, and hostess. The parties organized by Sara and her husband, Dom, who survives her, remain legendary, including their long-standing tradition of hosting a party on the day of the Kentucky Derby. Her doctoral defense at the University of Florida was memorable both for the quality of her research and because she served caviar and wine. Among many professional recognitions, she received the Career Scientist Award from the American Association of Mental Retardation in 2002 for her lifetime contributions to the field. She was the 2004-2005 President of Division 33 of the American Psychological Association. She recently served on the National Research Council (National Academy of Sciences) Committee on Disability Determination for Mental Retardation and was cofounder of the Journal of Child Neuropsychology. She is deeply mourned by her husband, many friends, and countless students and colleagues. Memorial contributions can be made to the Sara S. Sparrow Memorial Fund at the Child Study Center.