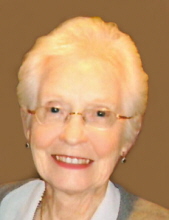 Sarah “Sally” Elizabeth Wills Bottino, 90, formerly of Bethany, Connecticut, beloved wife of Renato J. Bottino for over 60 years, passed away peacefully in her sleep on October 29, 2017. Sally was born in West Haven on March 10, 1927 the daughter of Albert F. and Helen Wills. She graduated from Branford, CT High School in 1945 and attended Indiana University. Sally traveled on the SS Exeter to Europe and Egypt and lived in New York City for a time in the 1950s, seeing many Broadway shows with her dear Aunt Anna. She had a 25-year career as a Nuclear Medical Technician and Statistical Assistant at the VA Hospital in West Haven, where she achieved multiple performance and service awards. For a period, Sally co-owned Crafts Etc. in Bethany with her great friend/cousin Andrea Balsamo. Along with her role as a championship travel team hockey mom and accomplished quilter and knitter, she volunteered for the Red Cross during the Vietnam War era helping troops get home. Sally was an avid animal lover and her 20-pound blonde Maine coon cat “Harold” won many blue ribbons. She also appeared with her husband on the television soap opera “All My Children” in the 1980s. A master cook she learned her culinary skills from her Italian mother- in- law, Olimpia. Sally enjoyed a 25-year retirement, gardening in Bethany, CT, wintering in Florida and often traveling to California and South Carolina. Sally made many friends, contributed frequently to charities and had a wonderful sense of humor, we loved her very much and will miss her extraordinarily, but knowing all the while she is watching over us setting a high bar. Requiescat in pace Sally. She is survived by her husband Renato J. Bottino, two sons, John Andrew Bottino of Connecticut and Paul Blake Bottino of Newton, MA, her daughter-in-law, Nancy Caulfield, and two adored granddaughters, Sarah Susan Bottino and Ava Carmen Bottino. She also leaves two sisters-in-law, Terry Wills of Los Altos, CA, and Patricia Wills of Morristown, NJ; nephew Scott Wills, his wife Susan and their children Hunter, Brooke and Reese; nephew Gary Wills of California; nephew Brian Wills and his wife Gail and his sons Connor and Ryan; and niece Sheila Wills of California. Sally was predeceased by her brothers Robert F. Wills and Joshua Andrew Wills. A memorial service is being planned to be held at Our Lady of Assumption Mother Church in Woodbridge, CT and burial will be at Oak Grove Cemetery in West Haven next to her parents and family. Arrangements in care of Beecher & Bennett Funeral Home, 2300 Whitney Ave., Hamden. In lieu of flowers, memorial donations may be made to the Michael J. Fox Foundation for Parkinson’s Research.