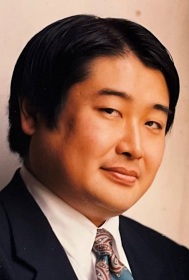 Satoshi Tamagawa, of North Haven, Connecticut and a resident of Yokohama, Japan, passed away on July 21, 2022 after a long battle with cancer. He was 62 years of age. Born in Japan on February 13, 1960, he moved with his family to the United States as an infant and spent most of his childhood in North Haven, attending elementary, junior high and high school there. He graduated as valedictorian from North Haven High School in 1978, and from Princeton University in 1983, with majors in Economics and East Asian Studies. He returned to Japan soon afterward to pursue a career in international business at Nomura, the largest financial services group in Japan. Over the years this took him to places such as Singapore, London, and Mumbai. His linguistic command of both English and Japanese was invaluable in his international work. When not working Satoshi enjoyed music, especially playing classical guitar, golf, photography, and ski trips with his family. He is survived by his wife, Yukako, son, Hisayuki and daughter, Rieko; brothers Kiyoshi and Takashi; sisters Sahoko and Emiko; niece Mira Gordon and nephew Leo Gordon; and many members of his Japanese extended family. He was predeceased by his parents Tsuneo and Kimiko Tamagawa.
Funeral Service will be held in Japan. Memorial contributions may be made to the American Cancer Society.