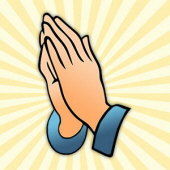 Sharon Park, 77, daughter of the late Evan A. and RoseMarie (Corey) Correri Park passed into God's arms on February 10, 2014. Sharon was born in Providence, RI on September 29, 1936. She was a dedicated member of First and Wesley United Methodist Church of West Haven for more than 25 years. While she was able, she faithfully sang in the chancel choir and was a member of the Prayer Group. Sharon was one of the founding members of the Hope Chest, a clothes closet for the needy sponsored by First and Wesley. For many years she cared about and cared for her mother. She worked at the former Harloc Products, Inc. in West Haven for 22 years as a packer instructor and inspector. She had a great faith in God and will be greatly missed by her church family. Sharon's friends are grateful to the staff of Paradigm Healthcare for their loving care of Sharon. Memorial service will be held Saturday, April 12, 2014 at First & Wesley United Methodist Church, corner 2nd & Center Street, West Haven. A graveside service was held Monday, Feb. 17 at 10 a.m. in Oak Grove Cemetery in West Haven. Contributions in her memory may be made to the Memorial Committee at First and Wesley United Methodist Church, 89 Center St., West Haven, CT 06516. Arrangements under the direction of BEECHER & BENNETT-TAYLOR FUNERAL HOME, 410 Campbell Ave., West Haven.