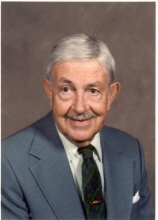 Sherwood Anthony Fehm, Sr., age 95, of Hamden passed away on January 15, 2011 at CT Hospice in Branford. He was born in West Haven, CT on April 23, 1915, the eldest son of Mildred Noel Fehm and Anthony Fehm. He was predeceased by his brother Noel in 1982, his first wife, Phyllis Watrous Fehm, in 1971, his son Sherwood A. Fehm, Jr., (Tony) in 1983 and a granddaughter, Saba Fehm, in 1993. He is survived by his wife, Priscilla D. Fehm, a daughter, Pamela F. Bell and her husband, David Bell, of St. Augustine, FL; two granddaughters, Elif Fehm of Sacramento, CA and Gretchen Blake and her husband Ian Blake of Woodland, CA; and three great grandchildren: Anna, Allison, and Elizabeth Blake. Sherwood graduated in 1932 from Hillhouse High School and attended New Haven College (now the University of New Haven). He was employed as a licensed optician for Harvey and Lewis Opticians in New Haven for many years until 1974. For the next eleven years, he was employed by Hitchcock Munson Opticians in Stamford, CT as a specialist in contact lenses, having become a pioneer of the fitting of early contact lenses utilized by post-cataract surgery patients. His service as former president of the CT Contact Lens Society and the CT Opticians Association was commendable. Mr. Fehm was active in a number of clubs and organizations: the New Haven and Hamden Rotary Clubs, the Junior Chamber of Commerce, and the High Lane Club. Also, he served as president of the New Haven Camera Club, The New Haven Aquarium Society, the CT Feline Association and participated in the New Haven Ice Skating Club. Being an active member in the Quinnipiac Valley Theatre and the High Lane Players theatrical groups, he played various roles in several plays. One of the highlights of his life was achieving the rank of Eagle Scout in the Quinnipiac Council and later serving as a Scoutmaster. He became an avid supporter of many environmental causes. As an enthusiastic flower gardener, he became most knowledgeable of many plants. With a passion for the game of tennis, he played until age 83. In addition, his devotion to the welfare of birds was evident in the many bird feeders and bird houses around his yard, and in his contributions to the goals of the Audubon Society, Quinnipiac Chapter. Mr. Fehm was a member of Christ Lutheran Church in Hamden, where he sang in the choir and participated in the Bible classes. Memorial services will be held at Christ Lutheran Church at 10 AM on February 12th. Burial will be private at the Bethany Burial Cemetery. Memorial Contributions may be made to The Memorial Fund, Christ Lutheran Church, 600 Shepard Avenue, Hamden, CT 06514 or the Alzheimer's Association, Southern CT Chapter, 2911 Dixwell Avenue, Hamden, CT 06518. Services in care of BEECHER & BENNETT, 2300 WHITNEY AVENUE, HAMDEN.