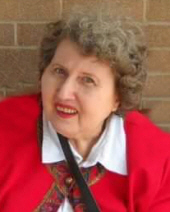 Shirley Bowes Theilgard, 81, of Wallingford, formerly of North Haven, passed away on Sunday August 14, 2016 at Yale New Haven Hospital. She was born in New Haven on May 1, 1935 to the late Edward and Ester Hemstock Bowes. She is survived by her son Edward Theilgard of New Haven, daughter in law Maria Theilgard of North Branford, and grandchildren Michelle and Nicholas Theilgard of North Branford. She is also survived by her brother Alfred Bowes of Wallingford, sisters Florence B. Lewis of HI, and Victoria B. Hay of RI. She is predeceased by her husband Neil Theilgard, her son Eric Theilgard, and brothers Edward, Donald, and Richard Bowes. Shirley worked as Secretary for many years for Yale University until her retirement. In her free time she was a very active member of North Haven Congregational Church, also as an officer in the Eastern Star serving as Grand Patron, and in the Women's Auxiliary for the American Legion. Shirley also enjoyed reading and spending time with her family. Friends are invited to visit with Shirley's family on Friday August 19, 2016 from 5-8pm in the BEECHER & BENNETT FUNERAL HOME, 2300 Whitney Ave. Hamden. Her funeral service will be held at 11am on Saturday August 20, 2016 at North Haven Congregational Church, 28 Church St. North Haven. Interment to follow in North Haven Center Cemetery. Donations in Shirley's memory may be made to North Haven Congregational Church, 28 Church St. North Haven, CT 06473.Or to Masonic Healthcare Center, 22 Masonic Ave. Wallingford, CT 06492. To see her obituary on-line, or to send a condolence to her family, please see: www.beecherandbennett.com