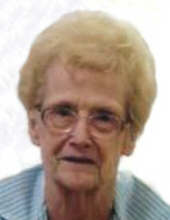 Shirley Bernabucci, 89, a longtime resident of Hamden, passed away from this life peacefully on Monday, June 17, 2019 at Masonicare. She was born in the Bronx, NY on April 26, 1930, daughter of the late Albert and Rose Paradis Gaudet. Shirley was a devoted and loving wife, mother, grandmother, and great-grandmother. She was the beloved wife of the late Dario 'Doc' Bernabucci for 59 years. Shirley will be remembered by her five children; son Richard and his wife Paula Korin of West Virginia, and daughters Doreen Brown and her husband John of Wallingford, Sharon Healey and her husband Paul, also of Wallingford, Denise Bernabucci of Hartford, and Mary Jean Otis and her husband James of Southington, six adoring grandchildren; Keith Korin, Stephanie Bruno, Ronald Zarro, Ashley and Mikayla Otis, and Daniel Healey, and seven great-grandchildren. She is also survived by two brothers; Lloyd Chapman of Florida and Regis Gaudet of Minnesota, and a sister, Alberta Gaudet Rock of Florida. Shirley truly was a woman of many talents who never said no to a project, her capabilities ranging from sewing flags to crocheting, needlepoint to flower arrangements. She was especially proud of her 24 years of work in the Weight Watchers community, becoming a 'Living Legend' after serving as the first full-time meeting lecturer in Connecticut. She also was an active member of the Meriden/Wallingford Elks Club. Her family wishes to thank the staff of Masonicare for their love and wonderful care of Shirley, and support for the whole family. Funeral from BEECHER & BENNETT, 2300 Whitney Ave., Hamden on Thursday, June 20th at 9:15 a.m. A Mass of Christian Burial will be celebrated in Our Lady of Mt. Carmel Church in Hamden at 10:00 a.m., followed by burial in Centerville Cemetery. Friends are invited to visit with Shirley's family on Wednesday from 4:00 to 7:00 p.m. In lieu of flowers, donations in her memory can be made to the CT ASRC (CT Autism Spectrum Research Center), 101 N. Plains Industrial Park Rd., Wallingford, CT 06492, www.ct-asrc.org.