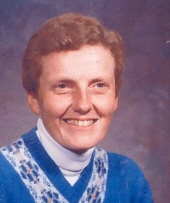 Middletown- Shirley M. Coddington, 71, died after a long illness, on Thursday, October 9, 2008, at Middlesex Memorial Hospital in Middletown. Ms. Coddington was born August 25, 1937 in Elmira, New York. She was the daughter of the late Paul and Dorothy Wheet Coddington. She was a graduate of Odessa Central School in Odessa, New York and Keuka College in Keuka Park, New York. Ms. Coddington moved to Middletown, CT in 1959 and began her career as a social worker with the Department of Children and Youth Services at Long Lane School, formerly of Middletown. She later became a parole officer and in 1968, she was named a parole supervisor. She held that position until 1989 when she was promoted to program supervisor. She was responsible for a statewide, community-based parole program for as many as 500 youth. She was well known statewide for her work with juvenile courts, group homes and residential facilities in planning for the placement of youth. After retiring in June 1991, Ms. Coddington spent her time woodworking, helping others, enjoying her family, volunteering with the elderly and traveling. Her gentle kindness and unconditional love for others will be sorely missed. She is survived by her sister and brother-in-law, Daryl and Thomas Fitzgibbons III of Meriden, her niece, Meghen Fitzgibbons of New Haven and her dear friend Elizabeth Horton of Middletown. She was predeceased by her nephew Thomas Fitzgibbons IV. A Memorial Service to celebrate Ms. Coddington's life will be held on Saturday, October 25, 2008 at 11:00 a.m. at the South Meriden Trinity United Methodist Church, 145 Main St., South Meriden. The Rev. Susan DeSousa will officiate. Interment will be at the convenience of the family. If desired, donations in Ms. Coddington's memory may be made to the Memorial Fund at the South Meriden Trinity United Methodist Church 145 Main St., South Meriden, CT 06451 or to Middlesex Hospital Hospice and Palliative Care, 28 Crescent St., Middletown, CT 06457. The arrangements are in care of Beecher & Bennett-Flatow Funeral Home, 48 Cook Ave., Meriden .