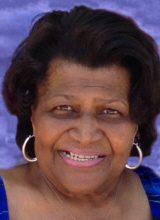 Shirley M. Moore, 80, longtime resident of Hamden passed away after a long illness on Friday, December 16, 2016. She was predeceased by her husband, Theodore W. Moore, and her son, Theodore W. Moore, II. She leaves behind to cherish her memory her step-daughter, Theodora Graham; her grandson Theodore Graham, both of Naples, FL; and her longtime companion, Robert Tyson; as well as a host of friends. Shirley retired from Yale University where she worked in Orthopedic Surgery for over 40 years. She was the assistant to the late Dr. Wayne O. Southwick. Relatives and friends are invited to attend a graveside committal service on Tuesday, December 27, 2016 at 10:00 am in Beaverdale Memorial Park, New Haven. A memorial service is planned for a later date. BEECHER & BENNETT FUNERAL HOME, 2300 Whitney Ave., Hamden is assisting Shirley's family with arrangements. Memorial donations in Shirley's name may be made to the charity of one's choice.