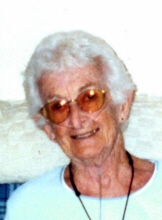 Shirley Raffile Mansfield, 84, of Beacon Falls , wife of the late George Mansfield, passed away on February 4, 2009 after a long illness. She was born in West Haven on September 17, 1924 to the late Arthur and Margaret Egen Mansfield. Shirley leaves her daughter Cindy Doran and her husband John of PA, sons, George Mansfield and his wife Mary Ellen of Naugatuck, and Scott Mansfield and his wife Barbara of Bethany; Sister Nancy McGrath and her husband Robert of West Haven, brother Ronald Raffile of North Haven, four grand children, and five great grandchildren and many nieces and nephews. Besides her husband she was predeceased by her siblings Margaret Spinato, Arthur Raffile, and one grandchild. Shirley grew up in West Haven before moving to Bethany to raise her children. After her children had grown she moved to Florida for 15 years before moving back to Beacon Falls. She was great at crafts, especially macrame. Her favorite past times were tending to her garden and feeding and watching birds. BEECHER & BENENTT, 2300 Whitney Ave, Hamden in care of the private arrangements. Memorial contributions in Shirley's memory may be sent to, Where The Heart Is, P.O. Box 50, Naugatuck, CT 06770.