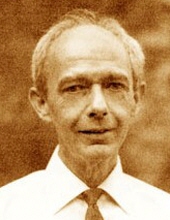 It is with great sadness that the Insler family mourns the passing of Stanley Insler, the Salisbury Professor Emeritus of Sanskrit and Comparative Philology at Yale. Son of Clara and Frank Insler, Stanley was born and raised in the Bronx, New York. He attended the Bronx High School of Science, leaving at 16 to attend Columbia University on a Ford Foundation scholarship. Graduating in 1957, he received his Ph.D from Yale University in 1963 after two years of postgraduate study at the University of Tubingen, Germany. Joining the Yale faculty in 1963, he served two terms at the chair of the Department of Linguistics. Among his many achievements, he is known for his translation of the Gathas, the sacred text of the Zoroastrians. His translation made this classic text accessible to many Parsees, or modern Zoroastrians, many of whom live in London and Bombay. Long-time treasurer of the American Oriental Society, Professor Insler was an active fellow of Jonathan Edwards College and an enthusiastic participant at the Henry Koerner Center for Emeritus Faculty. He is survived by his sister Thelma (Toby) Koenigsberg, his nieces Carol Koenigsberg and Diane Edwards, his nephew Stuart Koenigsberg, and his life partner William C. Sanford. Professor Insler was interred in All Saints Cemetery, North Haven, CT on January 8. A memorial service celebrating his life and memory will be held on Saturday, April 13 in the Centennial Room at the Quinnipiac Club, 221 Church St., New Haven, CT. Preceded by half an hour of music, the service will begin at 4:00 p.m. and a reception will follow in the library. Contributions in Stanley's memory may be made to CT Hospice or the American Cancer Society.