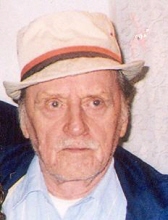 Stanley J. Sikorsky, age 84, of 135 Augur St., Hamden, passed away April 29, 2008 at Whitney Manor. Stanley was the widower of Marion Tufts Sikorsky; father of William and his wife Shelly Sikorsky, Ret. HPD; grandfather of William Sikorsky, Joseph Sikorsky USMC and Tiffany Sikorsky all of Hamden; brother of Clare Stevenson of New Haven, Helen Gargano of Hamden and the late Josephine Dobrowski, Jean Coogan, Eleanor Dwyer, Marion Kowaleski, Walter, Joseph and Anthony Sikorski. Born in North Haven on July 5, 1923 he was a son of the late John and Julia Czakowski Sikorski. Stanley was a Army Air Corps Veteran of WWII, serving in the South Pacific as a Radar Technician. He was a maintenance mechanic employed for 44 years for the former Whitney Blake Co. and also a past president of the Labor Union at Whitney Blake. Stanley was an avid golfer. Funeral will be held from BEECHER & BENNETT, 2300 Whitney Ave., Hamden, Friday at 10:30 AM. followed by a Mass of Christian Burial at 11 AM in the Church of St. Rita. Friends may call at the funeral home Friday Morning from 9 to 10:30 AM. Burial with Military Honors will take place in All Saint's Cemetery, North Haven. Memorial contributions may be made to: Brain Injury Association of CT, 333 East River Dr., Suite # 106, East Hartford, CT 06108.