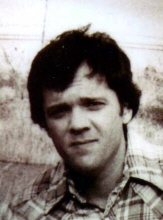 Stephen Burke Dooley of Milford died November 6, 2008. Steve was born on December 6, 1944 in Spartanburg, SC to the late Vincent Fenton Dooley and Katharine Burke Dooley. He attended St. Aedan's school in New Haven and Notre Dame High School in West Haven, CT. He was a graduate of Sacred Heart University, Housatonic Community College and C.P.I. While at Sacred Heart, Steve was named to 'Whose Who In American Colleges and Universities' and was a member of the Kruzfrauer Fraternity. Steve was an accomplished musician and song writer, performing with local artists and earning recognition from the American Song Writer's Association. He was a member of the original company of performers and musicians at The Downtown Cabaret Theatre in Bridgeport as an actor, musician, and assistant musical director. He was also employed by the Xerox Corporation in the technology department. He married the former Margery O'Connor and resided in Milford since 1978. Steve was an active member of the Milford community, coaching soccer, assisting with Cub Scouts and the Milford Tennis Association. He was a parishioner of St. Mary's Church, where he was a choir member for many years. Steve volunteered at Bridges in Milford and at Marrakesh in New Haven where he was named Volunteer of the Year in 2002. In addition to Margery, he is survived by two children, Lauren Dooley Sprague and her husband Scott and granddaughter, Maggie, of Haverhill, MA and Ryan Dooley of Brooklyn, N.Y.C., his step-mother Barbara Dooley, one brother, F. Thomas Dooley and his wife Pat of Woodstock, CT and several nieces and nephews. He was pre-deceased by a brother Vincent P. Dooley. Donations in memory of Steve may be made to the American Heart Association, 1 Union St., #301, Robbinsville, NJ 08691-4183. Mass of Christian Burial, Sat., November 15 at 10:30 am at St. Mary's Church, 70 Gulf St., Milford, CT. Friends may visit with the family Friday, from 4-8 pm, at Beecher & Bennett-Taylor, 410 Campbell Ave., West Haven, CT. Burial in Family Cemetery, Guilford, NH.