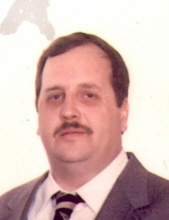 Stephen E. Rakiec, age 57, of New Haven, passed away May 19, 2008 in Yale-New Haven Hospital. Stephen was a son of Mary Adamczyk Rakiec with who he resided and the late Frank Rakiec Sr., brother of Frank Rakiec Jr. of New Haven, Paula Rakiec-O'Mara of East Haven, Barbara and her husband Leonard Gallo of North Haven, Emily and her husband Steve Novak of Guilford and Daniel and his wife Orsola Rakiec of North Haven. Stephen is also survived by 15 nieces and nephews. Stephen was a US Navy Veteran of Vietnam War and until his illness he was employed by the Milford Transit District as a driver. Prior to that he was a driver for Connecticut Limousine. Stephen was an avid fisherman. His funeral will leave from BEECHER & BENNETT, 2300 Whitney Ave., Hamden, Thurs., May 22 at 9:15 AM. Followed by a Mass of Christian Burial at 10 AM in St. Bernadette's Church, 385 Townsend Ave., New Haven. Friends may call at the funeral home Wednesday from 5 to 8 PM. Burial with Military Honors will take place in All Saint's Cemetery, North Haven. In lieu of flowers memorial contributions may be made to the American Cancer Society, 538 Preston Ave., Meriden, CT 06450.