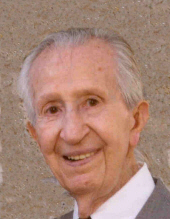 Stephen N. Zehalla, 97, of Mix Ave., Hamden, passed away on April 17, 2011. He was born in Milford on August 16, 1913 to the late Michael and Annie Adamcit Zehalla. He was employed for many years by the New York, New Haven, & Hartford Railroad and later Penn Central in the legal department and also for the board of trustees. After retirement from the railroad he was employed as a court clerk at the US District Court in New Haven. He served in the US Army during WW II in the 39th General Hospital in New Zealand where he attained the rank of Staff Sergeant. Stephen is survived by his wife of 58 years, Arlene Berchtold Zehalla; son, Atty. Stephen Zehalla of North Haven and his wife Carmela Della Mura; grandchildren, Jim Brennan and his wife Kathleen, and Amy Milano and her husband Dominic; five great-grandchildren; niece, Rosanne Gifford; nephew, William Gifford and his wife Luciana. Besides his parents he was predeceased by his brother Michael Zehalla and his sister, Helen Gifford. Stephen's sense of humor and fun will be missed by all. A Mass of Christian Burial will be Celebrated in St. Rita's Church on Wednesday, April 20th at 11 a.m. followed by burial in All Saints Cemetery. Friends may visit with the family on Wednesday morning from 9:30 to 10:30 a.m. at BEECHER & BENNETT, 2300 Whitney Ave., Hamden. Contributions in Stephen's memory may be sent to the St. Raphael's Foundation, 1450 Chapel St., New Haven, CT 06511.