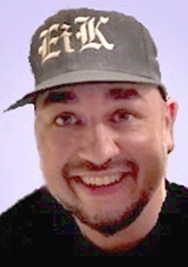 Steven Martin Casey, 44, beloved son of Kevin M. and Jill Graham Casey passed away August 11, 2022. He was born December 28, 1977, graduated from Maloney H.S. in 1996, received a BA Degree from CCSU in 2001, and was a lifelong Meriden resident.. Steven was a gifted guitar player who enjoyed spending time with his family and writing music with his friend Dan, and he was a member of the Meridian Lodge #77 A.F. & A. M. He is also survived by his cherished daughter Kali Casey, a brother and his wife, Michael and Tracy Casey, and nephews Andrew and Brandon Casey. He will be remembered by all who met him for his sense of humor and a smile that could light up a room. He was beautiful.
Service will be private.