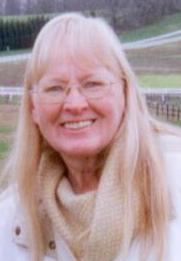 Susan Jane (O’Connor) Forte of Hamden passed away peacefully January 11, 2022 in hospice care after a long illness. She was 71. She was the oldest daughter of Edward and Eleanor (Hastings) O’Connor, longtime residents of Spring Glen, the Hamden neighborhood where Sue and her six rambunctious brothers and sisters grew up. Sue is survived by her husband of 50 years, William, also of Hamden; and her son-in-law and grandson, Luciano and Andrew Barbara of North Haven. She was predeceased by her beloved daughter, Krisanne (Forte) Barbara. She also leaves siblings Michael O’Connor (Jacqueline) of Hull, MA; Anne Soybel (Laurence) of Stafford, VA; Ellen O’Connor of Branford; Dennis O’Connor (Sharon) of Hamden; John O’Connor (Donna) of Stratford; and Timothy O’Connor (Melissa) of North Madison. She was also predeceased by her sister, Patricia O’Connor. Sue is additionally survived by seven nephews and nieces, many cousins and her brother & sister in-law Mario & Joan Forte. She was born on March 1, 1950, in Natick, MA, her father’s hometown, where he and her mother met and were wed in 1947. Sue was a 1968 graduate of Hamden High School and graduated from Southern Connecticut State University in 1972. She and Bill were wed on June 10, 1972 and lived and raised Krisanne in Hamden. Sue and Bill enjoyed a longstanding association with the Miss America organization in Connecticut, participating in various roles throughout the years. She also enjoyed the companionship of her Bichon Frise dogs, Sammi and Kaylie. Sue will be dearly missed by all who knew and loved her.
Friends may visit with Sue’s family on Friday, January 14th from 4-7 p.m. in Beecher & Bennett Funeral Home, 2300 Whitney Avenue, Hamden. A Mass of Christian Burial will be celebrated at Our Lady of Mount Carmel Church, 2819 Whitney Avenue, Hamden, Saturday at 10 a.m, with burial to follow in All Saints Cemetery, 700 Middletown Avenue, North Haven.