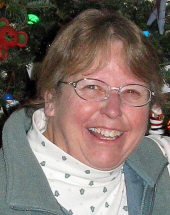 Susan Jane Carlson, 63, passed away surrounded by loved ones, after a battle with cancer on Wednesday, Feb. 19, 2014. Sue was the beloved wife of Thomas Richard Carlson for 38 years. She was born on June 27, 1950 in Meriden, daughter of the late Walter and Georgene (Dolly) Hackbarth. She attended Maloney High School, moving on to receive a bachelor's degree from Hartwick College. She then worked as a medical technologist at Middlesex Hospital. Once her children entered Roger Sherman Elementary School, Sue became president of the PTA and evolved it into a thriving organization. Loving Roger Sherman as a second home, she wanted to touch the lives of special needs students so she became a paraprofessional, where she was selflessly devoted. Another love of Sue's life was the annual family camping trip to Saranac Lake, where she would spend months planning to have a relaxing week with family. In addition to her husband Tom, Sue is survived by her daughter Elizabeth Carlson and her companion Kevin Scarpati of Meriden and son Erik Carlson and his fiancee Melissa Dion of Newington; brother Jon Hackbarth and wife Ann of Yalesville, sister Cindy Eddy and husband George of Meriden; as well as many nephews and nieces. She was predeceased by her brother Philip Hackbarth. Her family would like to thank the Oncology & Hematology and Pulmonology groups at Midstate Medical Center and ProHealth Meriden Family Practice. A funeral will be held on Tuesday, Feb. 25, at 9:30am from the Beecher & Bennett-Flatow Funeral Home, 48 Cook Ave., Meriden followed by a funeral service at 11:00 at the First Congregational Church, 62 Colony St., Meriden. Burial will follow at Walnut Grove Cemetery, Meriden. Family and friends may call at the funeral home on Monday, Feb. 24 from 4 to 8 p.m. In lieu of flowers, donations can be made to The Sisters' Project, www.thesistersproject.org, P.O. Box 1643 Wallingford, CT 06492.