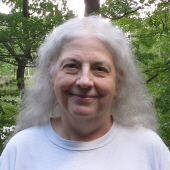 BAKER, Susan Marie (nee Munnell) West Haven, Connecticut Beloved wife, mother, sister, sister-in-law, niece and cousin May 17, 1950 - February 15, 2013 Susan passed away on Friday, February 15, 2013, at Connecticut Hospice in Branford. She was born in Sharon, Pennsylvania and grew up in Masury, Ohio. In 1968 Susan graduated with highest honors from Brookfield High School in Brookfield, Ohio, where she excelled not only academically, but in extracurricular activities, particularly music. She played the clarinet, representing the school in regional and national bands and orchestras in addition to Brookfield's. Susan was a National Merit Scholar, attending Oberlin College in Ohio where she majored in biology. She met her husband Bill there, and following graduation, they both worked as research assistants at Yale University in New Haven. Susan earned her graduate degree in library science at the University of Michigan, Ann Arbor, specializing in biomedical librarianship. She was employed at Eastern Virginia Medical School, Norfolk; Lederle Laboratories, Pearl River, NY; Bayer; and Purdue Pharma, Stamford. Susan and Bill married in 1973, and their son, Scott, the light of her life, was born in 1994. The focus of her life was her family. She reveled in learning and loved homeschooling her son, providing him a wide range of educational opportunities, both academic and experiential. The rescue and care of all living beings and the earth were lifelong missions as well. Susan is survived by her husband William and son Scott of West Haven; brother Charles (Mexico); sister Shirley (Wisconsin); brothers-in-law Thomas and Robert, of Cheshire and Branford; aunts, uncles, cousins, and several members of her beloved feline family. She was predeceased by her father and mother, Charles and Martha (Scott) Munnell, her father- and mother-in-law, Donald and Patsy (Allen) Baker, and her brother-in-law, Alexander. Funeral services will be private with interment in Branford Center Cemetery. A gathering in celebration of Susan's life will be held at a later date. In lieu of other expressions of sympathy, contributions may be made in her name to Smilow Cancer Hospital at Yale-New Haven or a local fund dedicated to the well-being of animals. BEECHER & BENNETT- TAYLOR FUNERAL HOME, 410 Campbell Ave, West Haven, in care of arrangements.