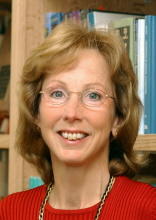 Yale psychologist Susan Nolen-Hoeksema died Jan. 2. in Yale-New Haven Hospital, following heart surgery associated with a blood infection. She was 53 years old. Chair of Yale's Department of Psychology, Nolen-Hoeksema was a renowned scholar, teacher, mentor, and academic leader. She was recognized internationally for her work on how people regulate their feelings and emotions and how particular patterns of thinking can make people vulnerable to and recover slowly from emotional problems, especially depression. She did groundbreaking research on rumination, the tendency to respond to distress by focusing on the causes and consequences of problems without active problem-solving, a critical factor predicting mental health problems. She found that rumination not only interferes with people's ability to solve problems but their ability to obtain help from others. Nolen-Hoeksema shaped the field's perspective on depression in women and girls. Her innovative work on gender differences in depression included a 1987 theoretical evaluation of why women are more likely to develop depression than men. Countless empirical studies and many other theoretical contributions followed as she developed her theory of rumination and depression. Among this work were studies that explained the emergence of gender differences for depression in early adolescence. Her recent work demonstrated that rumination is also a risk factor for substance abuse and eating disorders. She put her findings to practical use, and with her lab group developed a school-based intervention to teach adaptive emotion-regulation skills to adolescent girls prone to rumination. Her research group is currently implementing this intervention in a large sample of at-risk girls, with the hope of preventing increases in symptoms of depression, anxiety, substance misuse, eating disorders, and self-harm. Her work on depression and women's mental health was recognized by a Leadership Award from the American Psychological Association's Committee on Women in Psychology, a Research Career Award from the National Institute of Mental Health as well as numerous other awards. Nolen-Hoeksema worked hard to bring the science of clinical psychology to the general public with multiple books on women's mental health, including 'The Power of Women' and 'Women Who Think Too Much: How to Break Free of Overthinking and Reclaim Your Life.' She also gave dozens of print interviews and made radio and television appearances to help the public understand what we know about the causes and treatments of mental health problems in women and girls. A dedicated teacher and mentor, Nolen-Hoeksema authored leading college textbooks in abnormal psychology and introductory psychology. The insight and support that she gave to her students were recognized by university-wide teaching and mentoring awards. She was the founding editor of the Annual Review of Clinical Psychology, now the most highly cited journal in the field of clinical psychology. 'In addition to her scholarly and scientific accomplishments, she was a good friend to many in and outside the field,' said her Yale colleague Marcia Johnson, Sterling Professor of Psychology. 'She was vibrant and approached her life and work with enthusiasm and joy. She was always generous, warm, open, and wise, helping students and colleagues to advance their careers.' A longstanding member of United Church on the Green, Nolen-Hoeksema worked with Abraham's Tent, a project between New Haven congregations and Columbus House that houses homeless men in congregations during the coldest winter months. She met and married her husband of 32 years, Richard, at Yale. 'She valued balancing her professional life with family life,' he said. 'She relished her time in the car driving to soccer practices and games and on the sidelines cheering on our son, Michael, as he played soccer with his club, middle- and high-school, and college teams.' She also loved to cook and spend time with family and friends over gourmet meals. Nolen-Hoeksema was born in Springfield, Illinois, on May 22, 1959, to John and Catherine (nee Sims) Nolen. She received her undergraduate degree in psychology from Yale (1982) and her doctorate from the University of Pennsylvania (1986). She was a faculty member at Stanford University (1986-1995) and the University of Michigan (1995-2004) before returning to Yale in 2004. She is survived by her husband Richard, and son, Michael; by her father John Nolen of Stonington, Illinois; and by her brothers Jeff Nolen of Stonington, Illinois, and Steve Nolen of Dundee, Illinois. A memorial service for Nolen-Hoeksema will be held Friday, Jan. 11, at 1:30 p.m. at the United Church on the Green, corner of Temple and Elm Streets, New Haven. Contributions in her memory may be made to Columbus House Inc., 586 Ella T Grasso Blvd., New Haven, CT 06519 to support work such as the Abraham's Tent program, or to the Department of Psychology, Yale University, 2 Hillhouse Ave., New Haven, CT 06520 to support training opportunities for students.