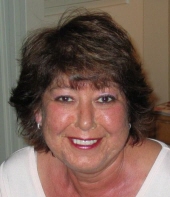 With profound shock and sadness we report the sudden death of Susan S. Spencer, M.D., Professor of Neurology and Neurosurgery at Yale School of Medicine, on Thursday, May 21, 2009, in Salt Lake City, Utah, from complications of an acute intestinal illness. Dr. Spencer was an internationally recognized expert in epilepsy and epilepsy surgery. She was the co-director of the Yale Epilepsy Program with her husband, Dennis Spencer, M.D., Chair of Neurosurgery. She was a pioneering woman in medicine, fighting for and forging a pathway for other brilliant female scientists of the next generation. Dr. Spencer was born in 1948 in Budapest , Hungary , and grew up in Yonkers, NY. She came to Yale as a resident in neurology in 1975 following a distinguished undergraduate and medical school education at the University of Rochester. She was immediately recognized as an outstanding resident and continued on in fellowship before joining the Yale faculty in 1980. She soon wrote major papers in epilepsy surgery and eventually authored more than 200 original manuscripts and chapters on the subject. Her research earned continuous National Institutes of Health (NIH) grant support almost from the beginning, and she was the principal investigator on several Program Projects. Her contributions were recognized by the American Epilepsy Society ( AES ) Clinical Research Award in 2003, the most prestigious honor paid to a member in the field. As a leader in her field, Dr. Spencer served as the president of the AES in 2000 and vice-president of the American Neurological Society ( ANA ) in 2001. She served on the executive boards of both the ANA and the American Academy of Neurology. She also co-founded and co-edited the AES 's only journal, 'Currents in Epilepsy,' from 2001 to 2009. As an educator, Dr. Spencer served on the Yale School of Medicine Admissions Committee for almost a decade and was thesis advisor for numerous Yale medical students, many of whose theses went on to become important publications. She directed an epilepsy fellowship program that graduated dozens of experts who have gone on to major leadership positions in the field. While highly active in research and teaching, Dr. Spencer was an outstanding and indefatigable clinician. She cared for thousands of patients, who traveled from all over the world to entrust their health to her. Dr. Spencer was also an accomplished musician whose love for music and art permeated her life and her family's. She mastered the oboe and piano when young and more recently took up the harp. Dr. Spencer was selfless, tireless, brilliant, passionate, and so loved by her family, friends, patients, and colleagues. She will be dearly missed and in our hearts every second of every day. She is predeceased by her beloved stepfather, Bernard Schneider, of Yonkers, NY. She is survived by her loving family: her husband Dennis Spencer of Woodbridge, CT; her daughters Joanna Spencer of Manhattan and Andrea Spencer of Cambridge, MA; her stepdaughter Kate Spencer of Burbank, CA; her stepson Christopher Spencer of Haverford, PA; her sisters Beth Weingarth of Woodbridge, CT and Karen Kimball of Cheshire, CT; and her mother Magda Schneider of Yonkers, NY. Memorial service July 11, 2009 in Battell Chapel, Corner of College & Elm St., New Haven at 3:00 p.m.. Memorial contributions can be made to the American Epilepsy Society for the Susan Spencer Fund for Clinical Research and Education (to the AES at 342 North Main St., West Hartford, CT 06117, or by credit card online at www.aesnet.org). Funeral arrangements are private, in care of BEECHER & BENNETT-TAYLOR FUNERAL HOME, 410 Campbell Ave., West Haven, CT.