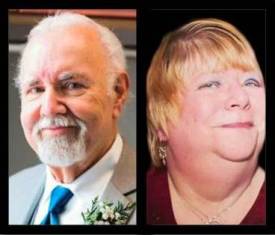 Ted R. Cornell, 76, of West Haven, loving husband of the late June Moring Cornell, passed away at home on July 8, 2022. Born in Bridgeport on December 21, 1945, he is survived by his daughters, Tanya Cornell and Adrianna Cornell Gomez (Jose Luis), and son Christopher Cornell. Ted was also dedicated to his fur children; cats Neo and LJ, and his fur grandbabies; Amari, Baby, Rocky, and Creed, whom he cared for along with his children. He also had an extended crew of adopted outdoor cats, whom he fed religiously everyday.
A veteran of the United States Air Force, Ted served his country valiantly. In his youth he was a trumpet player in the Connecticut Hurricanes Drum & Bugle Corps, where he made long-lasting friendships and memories.
Besides his family, Ted also showed undying love and support for his Connecticut Huskies women’s basketball team, his ever-expanding garden, architectural design, and walks on the West Haven beach, where he would interact with new and old friends.
Friends and family are welcome to attend a joint graveside service for Ted and his wife June on October 1, 2022 at 11:00am in Orange Center Cemetery, 650 Orange Center Rd. Orange. Memorial contributions in Ted’s name may be made to House of Heroes CT, 3342 Whitney Ave., Hamden, CT 06518, www.hohct.org.