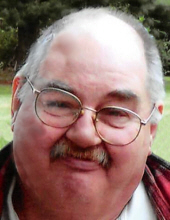 Terry L. Simpson, 73, of Hamden, passed away September 16, 2019 at Yale-New Haven Hospital after a long illness. He was born in Derby October 19, 1945, a son of the late Arthur and Edith Weed Simpson, and had resided in Hamden since 1974. He proudly served in the U.S. Navy for four years, and was later employed with F.J. Dahill Co. and Connecticut Stone before retirement. He was a member and Past Commander of American Legion Post #88 of Hamden, and also belonged to the Wallingford Eagle Club and Wallingford Moose Club. Terry is survived by his son Jerry (Gina) Simpson of North Haven; daughter Tammy (Todd) Shea, also of North Haven; four grandchildren, Aurora, Todd, Jesse, and Emily; his longtime love Patricia Howard; her daughter Marita; and her grandson Ryan. Friends may visit with Terry's family at BEECHER & BENNETT FUNERAL HOME, 2300 Whitney Ave., Hamden on Friday, September 20 from 5-8 p.m. and are also invited to attend a Graveside Interment Service with Military Honors at 10 a.m. Saturday in the Centerville Cemetery, Washington Ave., Hamden. In lieu of flowers, donations in Terry's memory may be made to The Wounded Warrior Project, P.O. Box 758516, Topeka, KS 66675.