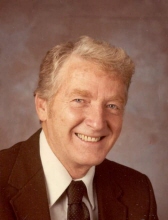 In New Haven, Wednesday, July 25, 2007, Theodore H. Edgerton, 82 of Hamden. Husband of the late Karen Mower Edgerton, Mr. Edgerton was born June 1, 1924 in Hartford, CT. He was the son of the late Grover R. and Bertha Hatch Edgerton. He is survived by two sons, Bruce E. of Deep River, CT and Brian A. Edgerton of Whitehouse, NJ and five grandchildren. He is also survived by two brothers, Richard G. Stone Mountain, GA and Jack O. Edgerton of Farmington. He was predeceased by a sister, Carol Edgerton Mitchell. During WW II, Mr. Edgerton was a B-17 "Flying Fortress" pilot with the 490th Bomb Group, 8th Air Force, flying against targets in Nazi Germany. After the war, he joined the Southern New England Telephone Company, where he held various positions before retiring in 1982. He was a member of the Telephone Pioneers, SNET Retirees Assoc., and the 490th B.G. Assoc. In later years, as a member of the Army Air Force Roundtable of Connecticut, he visited area schools and other organizations, talking about the A.A.F.'s role in WW II. Friend's may call at BEECHER & BENNETT, 2300 Whitney Ave., Hamden, Saturday morning from 10:30 to 12 noon. Burial to be in Dyer Cemetery (family plot), Rte. 44, Canton, CT at 2 p.m.