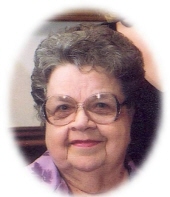 Meriden - Theresa D. Fernandez, 81, passed away after a hard fought battle on Thursday, May 14, 2009 at Hartford Hospital. She was born April 12, 1928 in Meriden a daughter of the late Francis and Josephine (Gemski) Saleski. She was a lifelong resident of Meriden until moving to Prospect five years ago to live with her daughter. After moving she enjoyed watching the daily mass, playing bingo and her grand-dogs; Blue, D.O.G. and Nikki. She attended Meriden schools and was a parishioner of St.Stanislaus Church, Meriden. She had worked in the produce department at Barker's Supermarket. Theresa's family wishes to express their heartfelt gratitude to MidState Medical Center, to all her angels on Pavilion C , her physicians and especially Dr. Peter Leff. She is survived by two daughters and their husbands, Donna and Joe Sgro of Prospect, CT and Barbara and Rusty McLean of Plantsville, CT, one grandson, Jeff Oblon of Meriden, two godsons, Anthony Osiecki of Middletown and Paul Osiecki of South Carolina, as well as many nieces, nephews, great nieces and great nephews. She was predeceased by her brothers, Joseph, John, William, Stanley, Edward and Peter Saleski and sisters, Mary Osiecki, Anna Masse, Cecelia Kane and Veronica Norrie. A Memorial Service honoring Theresa's life will be held on Saturday, May 23 at 11:00 a.m. at the Beecher & Bennett-Flatow Funeral Home, 48 Cook Ave., Meriden. Relatives and friends may call at the funeral home on Saturday from 9 to 11am, prior to the service. Contributions in Theresa's memory may be made to the Meriden Humane Society, 311 Murdock Ave., Meriden, CT 06450.