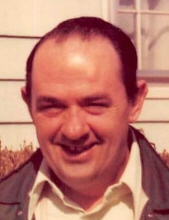 Thomas C. Coleman, 84, of Hamden passed away on January 24, 2016. Born on January 17, 1932 to the late Thomas F. Coleman. Tom will be remembered as a beloved husband of 58 years to his wife, Kathryn McKenna Coleman; devoted father to his sons, Christopher of Verona, NJ, John & his wife Rolinda of Milford, Thomas & his wife Susan of Milford, Paul & his wife Renee of Hamden; adoring grandfather to his grandchildren, Sean, Jack, Roger, Katelyn, Valerie, Tiffany, Melanie, James, Nicholas, Ryan, & Patrick Coleman. He was predeceased by his brother John. Tom grew up in New Haven and has lived in Hamden since marrying Kathryn. Before his retirement he was a printer for the Wilson H. Lee Co. in Orange. Tom and his wife enjoyed exploring Vermont while taking 'long rides'. He was often the manager of his son's hockey teams when they were younger and as an avid sports fan, Tom enjoyed watching Notre Dame football, UConn Women's Basketball, the Red Sox, & the Boston Bruins. Funeral from BEECHER & BENNETT, 2300 Whitney Ave, on Friday, January 29th at 9:15 a.m. followed by a Mass of Christian Burial to be celebrated in St. Rita's Church at 10:00 a.m. Burial in All Saints Cemetery after Mass. Friends may visit with his family on Thursday evening from 4:00 to 8:00 p.m. at the funeral home. Contributions in Tom's memory may be sent to Office of Radio & Television, EWTN, 5817 Old Leeds Rd, Irondale, AL 35210-2164.