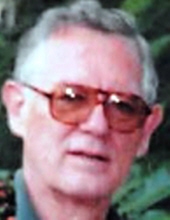 Thomas J. Brennan, age 82, died Wednesday, February 26, 2020 at his home in Hamden. Thomas is survived by his wife of 59 years, Judy; his three children, Tom, Katie, and Chris; six grandchildren, Allison, Thomas III, Ryan, Kevin, Kelly, and Brennan; two great-grandchildren, Rosie and Louisa; a sister, Kathleen Daly of Arnold, MD, a brother, John Brennan of Coronado, CA, and his many nieces and nephews. His brother Ken predeceased him. Born in Ionia, MI to Bertram and Frances Clifford Brennan on June 1, 1937, Tom grew up in Rye, NY and graduated from Brown University, Class of 1959. In 1960 he began a 34 year career with J.C. Penney Co., which enabled him to travel all over the world, including to China, Japan, and the Philippines as the global economy was just opening up to consumer products. Tom raised his family in Pleasantville, NY and was an active member of the Pleasantville Music Theater, as well as a civic leader through his work on the Planning Commission, PTA, Fresh Air Fund, and hosting of many international students. Tom's love of travel continued after he retired as he and Judy spent several weeks in England, Germany, and Italy through home exchanges. Tom will be remembered for his sharp analytical skills, his wit, his beautiful singing voice, his curiosity and passion for reading, puzzles, cards and games. In accordance with his wishes, there will be a celebration of his life at 11 a.m. on Saturday, March 21 at St. Thomas More Chapel at Yale, 268 Park Street, New Haven, CT 06511. Contributions in Tom's memory may be sent to St. Thomas More Chapel, or to St. Martin de Porres Academy, 208 Columbus Ave., New Haven, CT 06519. Arrangements were in care of Beecher & Bennett, 2300 Whitney Ave., Hamden.