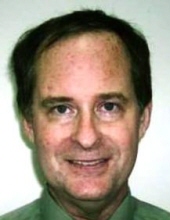 Thomas John Moore, age 60, of Hamden, passed away on September 29, 2019 at Southside Hospital, L.I., NY as the result of a tragic injury. Born in Hartford, CT on August 18, 1959, he was a son of Thomas Leo Moore of East Hartford and the late Nancy (Pogmore) Moore. Thomas is survived by his loving wife of 36 years, Ramona Lisa (Pestone) Moore; his son Patrick M. Moore; his mother in-law Anna Marie Pestone, all of Hamden; and his brother Michael (Carmela) Moore of Rocky Hill. He was predeceased by his father-in-law Dominick C. Pestone, and his beloved collie 'Alex.' Thomas has been a resident of Hamden since 1997, moving from Columbia, CT. A 1978 graduate of Rockville High School in Vernon, he continued on to receive his Associate in Arts Degree at Manchester Community College in 1981 and a B.S. Degree in Computer Science and Economics from CCSU in New Britain in 1986. He was employed for many years as a Computer Programmer, Technical Analyst, and IT Specialist with companies such as SBC Computer Tech in NYC, Source Services in East Hartford, Inter-Tel (Executone) in Milford, Computer Sciences Corp in Bridgewater, NJ, Acme Auto Leasing in North Haven and Hall Neighborhood House in Bridgeport, CT. In 2002 he decided on a career change and obtained his Commercial Drivers License, and subsequently was employed by companies such as Andreucci Trucking Co. and Lilly Transportation Co. Tom went on to be an owner operator of his own truck. He was an avid fan of the Boston Red Sox the Dallas Cowboys, and had a great love of animals-he will be especially missed by his husky 'Anya.' His funeral will leave from BEECHER & BENNETT FUNERAL HOME, 2300 Whitney Ave., Hamden on Saturday, October 5th at 9:30 a.m. followed by his Mass of Christian Burial, to be celebrated at 10:00 a.m. in Our Lady of Mt. Carmel Church. Friends may also visit with his family on Friday from 5:00 to 8:00 p.m. at the funeral home. Burial will take place in St. Lawrence Cemetery, West Haven. In lieu of flowers, contributions in his memory may be made to Central Connecticut State University's 'Thomas J. Moore Scholarship in Computer Science,' with checks payable to CCSU Foundation, Inc., P.O. Box 612, New Britain, CT 06050.