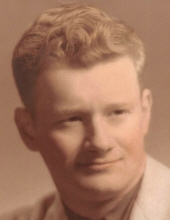 Thomas P. Mitchell, 87, passed away peacefully at his home in North Haven on Friday, November 15, 2019. Born in New Haven on September 21, 1932, he was a son of the late Thomas F. and Genevieve Kelly Mitchell and husband of the late Kathleen Coffey Mitchell. He was a member of the first graduating class of Notre Dame High School in 1950. A proud U.S. Army veteran, he served in the Korean Conflict from 1950-1953. Upon his return, he worked for United Illuminating as a Credit Manager and Marketing Representative until his retirement in 1988. Tom was known for his love of athletics, especially running and basketball. He took great pride in his multiple times running the Boston Marathon and several other local races, and was a member of the Sleeping Giant Pacers Running Club for many years. Tom was an avid Notre Dame University football fan, often traveling to games all over the country with his nephews. He also supported North Haven High School athletes as a member of the Tomahawk Club. His warm personality made him well-known and beloved by all who knew him; he will surely be missed. Thomas's family would like to extend their heartfelt thanks to his caregiver Lovelace Daniels for his compassionate care. Left behind to honor his memory are his siblings, William (Eleanor) Mitchell of North Haven, Patricia (George) Owler of North Haven, and Regina (Robert) Vitelli of North Branford. He is also survived by several nieces and nephews, and great-nieces and nephews. Funeral from BEECHER & BENNETT FUNERAL HOME, 2300 Whitney Ave., Hamden on Thursday, November 21st at 9:30 a.m. for a Mass of Christian Burial to be celebrated in St. Elizabeth of the Trinity Parish at St. Frances Cabrini Church, 57 Pond Hill Rd., North Haven at 10:00 a.m., followed by his burial with Military Honors in St. Lawrence Cemetery. Friends are invited to visit with his family on Wednesday evening from 4:00-7:00 p.m. in the funeral home. In lieu of flowers, contributions in Thomas's memory may be made to the St. Jude Children's Research Hospital, 501 St. Jude Place, Memphis, TN 38105.