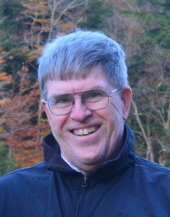 Thomas Richard Carlson, 63, passed away suddenly in Meriden on Dec. 5, 2014. Tom was predeceased by his loving wife of 39 years, Susan Jane Carlson (Hackbarth). Tom was born on December 13, 1950 in New Britain, son of Herbert and Shirley Carlson of Berlin. He graduated from Berlin High School, where he enjoyed playing on the football team, and moved on to receive a bachelor's degree in engineering from UCONN. Tom was that son, father, and friend that would give you the shirt off his back to help out, and his engineering lifestyle usually provided the perfect solution. Tom had many hobbies, including motorcycles, autocross car racing, target shooting, boating and fishing. Another love was the annual family camping trip to Saranac Lake, where he would compete in fish catching competitions and enjoy good old fashioned relaxation. Tom was a long time member of the United States Coast Guard Auxiliary and Meriden Motorcycle Club. Tom is survived by his son Erik Carlson of Newington, daughter Elizabeth Carlson and her companion Kevin Scarpati of Meriden, brother Robert Carlson and wife Jodi of Middletown, niece Kristina Carlson of Middletown, as well as many other nieces and nephews. The funeral will leave from the Beecher & Bennett-Flatow Funeral Home, 48 Cook Ave., Meriden on Thursday Dec. 11 at 10a.m., followed by a service at 11a.m. at the First Congregational Church, 62 Colony St., Meriden. Burial will follow in Walnut Grove Cemetery. Family and friends may call at the funeral home on Wednesday Dec. 10 from 4 to 8p.m., where a Rose Ceremony will be held to honor Tom's service in the Coast Guard Auxiliary. In lieu of flowers, donations can be made to The Sisters' Project, www.thesistersproject.org , P.O. Box 1643 Wallingford, CT 06492.