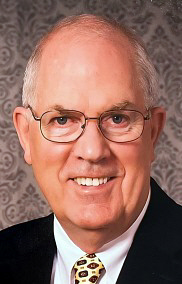 Thomas Theodore Beeson, age 84, died peacefully surrounded by his family on April 27, 2022 at his home in Bedford, NH. He was born in Meriden, Connecticut on February 19, 1938 to the late Orville D. and Lois L. Beeson. Tom will be lovingly remembered by his wife of over 60 years, Linda Usher; his son, Thomas Theodore Beeson, Jr. “Ted,” daughter-in-law, Teresa, grandson, Thomas Theodore Beeson, III “Trey,” step-granddaughters, Janna and Brianna of Blythewood, SC; daughter, Christine Pattison, son-in-law, Michael, grandchildren, Emily and Thomas Pattison of Bedford, NH; and daughter, Jennifer Anne Beeson, partner, Daniel, and grandchildren, Benjamin and Anna Kalber of Bellingham, MA.
Tom was raised in Meriden and graduated Meriden High School in 1956. He graduated with a BS degree in Engineering from Yale University in 1961 and went on to earn an MBA from Harvard Business School in 1966. Tom and Linda enjoyed attending alumni reunions and catching up with old friends over the years.
He served honorably in the United States Navy from 1961 to 1964 as a Chief Engineer on the U.S.S. Charles P. Cecil, including during the Cuban Missile crisis. Tom enjoyed a long career in manufacturing, working at General Foods, Black and Decker, Rockwell International, Bic, Gillette, and finally retiring from Bose Corporation as the VP of Manufacturing in 2004. A big proponent of American manufacturing, Tom created unique, long-lasting solutions to complex problems. His mentorship to hundreds of teammates and fulfillment of their professional successes brought Tom great pride.
He was a devoted husband, father, and grandfather who had a passion for making fine furniture and gardening. Tom was a world traveler, visiting all seven continents with Linda, culminating in a trip to Antarctica, where he befriended a penguin. He loved helping his children with home projects, and attending his grandkids’ swim meets, musicals, and many other activities. He and Linda were active members of the Harvard Congregational Church in Harvard, MA until their move to Bedford in 2020.
Services will be private. Contributions in his memory may be made to Habitat for Humanity at https://www.senhhabitat.org.