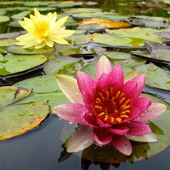 Hamden - Tomoko Tanaka, M.D., 87, passed away on March 6, 2013 at the Deaconess Hospital (Diakonissen Anstalt) in Dresden, Germany. She was born in Shikata, Kakogawa, Japan on December 8, 1925 to the late Katsuji and You Hasegawa. She is survived by a daughter, Elly, professor at the Center for Regenerative Therapies of the Technical University of Dresden, Germany; a son, Atau, professor of Media Computing at Goldsmiths, University of London, UK; and three grandchildren, Hanako, Franklin, and Meiji. She obtained her M.D. degree from the Osaka Women's Medical School and went on to work in the internal medicine unit at the Himeji Red Cross Hospital in the 1950's. She married the late Kay Tanaka, M.D., professor emeritus at Yale University, and moved to Tokyo. They lived in Houston, TX, and Cambridge, MA from 1963-1967 before emigrating permanently to the United States in 1969, eventually becoming naturalized U.S. citizens. They moved to Mt. Carmel in 1973 where she worked as Bibliographic Assistant at the East Asia Library at Sterling Memorial Library of Yale University for over 25 years. She was active in the Yale University Women's Organization. She moved to Dresden, Germany in 2008. Friends and colleagues are invited to greet the family at a Graveside Service at Grove Street Cemetery, 227 Grove St. New Haven on Monday, June 10, 2013 at 9:30 a.m.