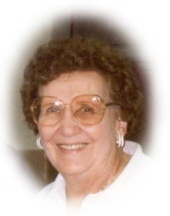 In Branford, Jan. 12, 2008, Veronica 'Vera' Dick Rogers 90, of Branford, wife of the late John J. Rogers, mother of Veronica M. Conover and her husband, Richard of Martha's Vineyard, MA, Maureen A. Hanke of Milford, John G. Rogers and his wife, Marlene of Saugerties, NY, Douglas E. Rogers of New Haven and William M. Rogers and his wife, Bonnie of Wallingford. Also survived by 12 grandchildren and 10 great-grandchildren. She was predeceased by a sister, Marian M. Fortier and brothers, Albert and Joseph Dick. Vera was born in West Haven, April 24, 1917 a daughter of the late William and Anna Lickeig Dick. She retired in 1987 as the manager of the former Wolfs Bakery of West Haven. Previously she had worked as a legal secretary at several law firms in West Haven. She had been a member of the Laurel Women's Club of West Haven for 12 years and was past president. Friends and relatives can go directly to St. Lawrence Church, West Haven on Wed., Jan. 16 for a Mass of Christian Burial at 10 a.m. Interment in St. Lawrence Cemetery. Friends may call at BEECHER & BENNETT - TAYLOR FUNERAL HOME, 410 Campbell Ave. at Court St., West Haven on Tues. from 6 - 8 p.m. Contributions in her memory may be made to the Alzheimer's Assoc., Southern CT Chapter, 2911 Dixwell Ave., Hamden, CT 06518.