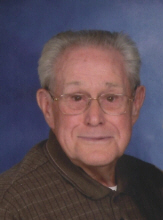 Meriden- Victor A. Gadwah Jr., 79, husband of Jean (Rockwell) Gadwah, passed away on Thursday, December 11, 2014 at MidState Medical Center. He was born August 31, 1935 in Colebrook, New Hampshire, a son of the late Victor and Jesse (Henson) Gadwah Sr. Victor worked for International Silver Co. in Meriden until they closed and then retired from Sandvik Milford Corp. In addition to his wife Jean of 60 years, he is survived by his children and their spouses, Pam and Joe Waszkiewicz, Chris and Don Halla, Ken and Kim Gadwah, and Mike and Laura Gadwah, eleven cherished grandchildren; Rachel, Sara, Michelle, Elizabeth, Christopher, Melissa, Zechariah, Andrew, Benjamin, Caleb and Tyianna, and one great-granddaughter, Guinevere. He also leaves a sister, Esther Huntley, as well as many nieces and nephews. Victor was predeceased by his brothers and sister; Leonard, Clement, Mervyn, Norman, Glendon and Vern Gadwah and Hilda Stopfer. Victor's funeral service will be held on Tuesday, December 16, 2014 at 7pm at the Beecher & Bennett-Flatow Funeral Home, 48 Cook Ave., Meriden. Burial will be private. Relatives and friends may call at the funeral home on Tuesday from 4-7pm, prior to the service. In lieu of flowers, please consider giving to Boston Children's Hospital. Contributions can be made online at www.bostonchildrens.org/givenow or checks made payable can be mailed to Boston Children's Hospital Trust, 401 Park Drive Suite 602, Boston, MA 02215-5301. Please include Victor's name in memo line of check