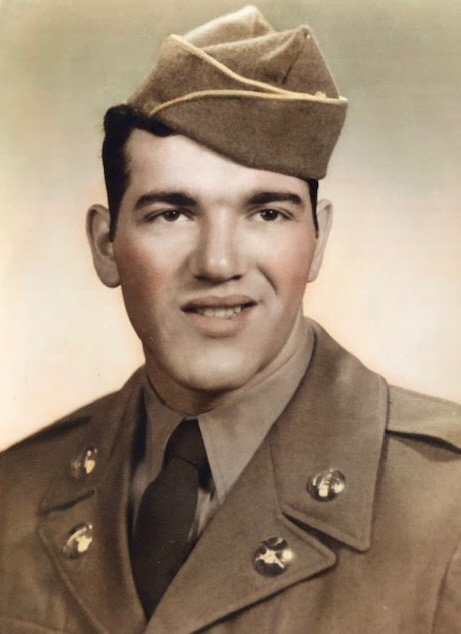 Victor F. Carlo, age 91, of West Haven, passed away on May 31, 2021. Born in New Haven on May 1, 1930, he was a son of the late Frank & Angelina Codianne Carlo. A resident of West Haven most of his life, Victor was predeceased by his wife Janet Griffith Carlo; his sister Theresa McMullen; and his brother Angelo Carlo. He is survived by his daughter Janet McGaffin & her husband Richard of West Haven; his sons Richard Carlo & his wife Stacy of Milford, Mark Carlo & his wife Michelle LeMoine of Colorado Springs, CO, and Stephen Carlo & his wife Virginia of Glendale, AZ; grandchildren Lauren, Megan, Brian & Stephanie; and great-granddaughter Mara. Victor was a Corporal in the US Army during the Korean War and was a member of the American Legion Post #71 of West Haven. He retired in 1989 from Yale-New Haven Hospital.
Funeral Service with Military Honors will be private with his family. Arrangements are in care of Beecher & Bennett Funeral Home, 2300 Whitney Ave., Hamden. Contributions in Victor’s memory may be made to The American Diabetes Association or to  The American Legion Department of Connecticut at www.ctlegion.org