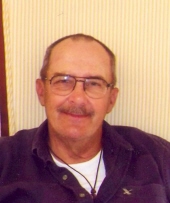 Vincent A. Kaminski, 64, of Meriden, beloved husband of Susan Carter Kaminski, passed away after a couragous battle with cancer Tuesday Aug. 30, at MidState Medical Center with his loving family by his side. Vincent was born in New Britian August 22, 1947 a son of the late Vincent C. and Dorothy Kowaleski Kaminiski and lived in Meriden since 1982. He graduated from Goodwin Tech, and proudly served in the US Air Force as a staff sergeant from 1966-1970. He owned Ski's Home Improvement for over 20 years. He also graduated from the CT Culinary Institute, and worked in several area restaurants. He was a member of St. John Lutheran Church and enjoyed cooking many gourmet meals for his family and friends. He loved salt water fishing, woodworking, weaving, working with his model train set, and their annual trip to Disneyworld. Vincent took great pride in his home and garden, and helping his neighbors. In addition to his wife he is survived by his loving daughter Callie Ann Kaminiski of Meriden, three sisters Janice Halat of NH, Paula Friedmann and Joanne Madely both of FL, his mother-in-law Margaret Carter of Meriden. Brother-in-law of David (Marilyn) Carter, Janet (David) Marsh, and William (Karen) Carter. Special uncle of Jack, Owen, and Whitney Carter. He is also survived by his best friends, Morgan, Katie, Abby. Friends may visit with his familty Friday Sept. 2, from 4-7 p.m. in the Beecher & Bennett-Flatow Funeral Home, 48 Cook Ave., Meriden. Funeral service will be Saturday at 11 a.m. in St. John Lutheran Church, 520 Paddock Ave., Meriden. Interment with Military Honors in Gethsemane Cemetery. In lieu of flowers contributions in his memory may be sent to the Lutheran Association of Missionaries and Pilots U.S., 3525 North 100th 24th St., Suite 1, Brookfield, WI 53005-2498.