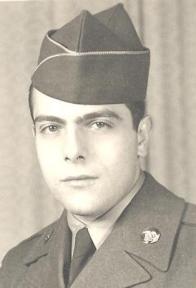 Vincent D. Spratta, 90, of Meriden, passed away on May 29, 2022 at the Hospital of Central CT in New Britain. He was born on August 27, 1931, a son of the late James and Pasqualina Ferruci Spratta. Vincent honorably served in the Army from 1952-1954 during the Korean War. After his honorable discharge he owned and operated the first antique shop in Meriden, Hanover Antique, which he ran for over 35 years. He was also a proud member of the Meriden Historical Society and American Legion. Besides his parents he is predeceased by his siblings; Johnny and Anthony Spratta, Josephine O’Leary, Louise Cleveland, Beatrice Spratta, Lucy Celantano, Dorothy Orsini, Rosemary Vecca, Molly Orlando, and a niece, Cindy Boutot. Vincent is survived by his nephews; Thomas J. Spratta and his partner Annamarie LaMontagne, John Spratta, Jr., David Orsini and his partner Cindy Thielman, John Orsini and his wife Susan, and Robert Dandelski, and nieces; Beth Pliendes, Susan and Linda Vecca, Sharon Mead, Holly Diggert and her husband John, and Angela Orlando. He is also survived by Arnold Nelson, whom he loved like a son, and his beloved cat Sophie. Vincent’s family would like to thank his caregiver Krystyna, who has become family, for her dedication, love, and care of Vincent in his later years.

A funeral service will be held on Friday, June 3rd at 10:00 a.m. in Beecher & Bennett-Flatow Funeral Home, 48 Cook Ave., Meriden. Friends may visit with his family from 9:00-10:00 a.m. before the service. Entombment with Military Honors will follow in Sacred Heart Mausoleum. Memorial contributions in his name may be made to the Meriden Humane Society and/or the American Legion of Meriden.