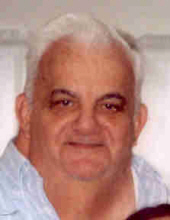 Vincent Joseph Abbati, 74, of Hamden, husband of 55 years to Catherine Genaro Abbati, passed away on March 30, 2009 after a short illness. He was born in Bridgeport on October 24, 1943 to the late Anthony and Rose Pellagrino Abbati. Vincent is survived by his three daughters, Patty Abbati of Middletown, Debra Abbati of Hamden, Paula Abbati and her fiance Fred Baker of Ansonia, and his son Vincent Abbati Jr., and his wife Sandy of Summerville, SC. Grandchildren, Stephanie Abbati of Branford, Nichole Abbati of Middletown, Ricardo Camacho of Hamden, Brendan Jones of Middletown, and great-granddaughter, Mychela Jones of Middletown. Brother Prisco Abbati of Bridgeport and a sister Irene Harrison of Florida. Predeceased by nine siblings. He also leaves his dear friends, Richie and Andrea Sperry, John and Rachael Laufer, and Louie Faiella. Vincent grew up in Bridgeport and lived his whole life there until moving to Hamden five years ago. He became a baker at the young age of 16 until his retirement in 1995. Besides spending time with his family, Vincent loved food. He had a passion for good food, especially sweets. His family would like to thank the Nurses and Doctors at St. Vincent's Hospital in the SICU Department for all their kind and comforting support. Funeral from BEECHER & BENNETT, 2300 Whitney Ave., Hamden, on Friday, April 3, 2009 at 10:30 a.m. followed by a Mass of Christian Burial at Our Lady of Mt Carmel Church in Hamden at 11:00 a.m. Friends may visit with the family on Thursday evening from 5 to 8:00 p.m. Memorial contributions in Vincent's memory may be sent to the American Cancer Society, 538 Preston Ave., Meriden, CT 06450.